So What is Software Testing?

The software testing is a process used to identify the correctness, completeness and the quality of developed software. Software testing includes a set of activities conducted with the ‘intent of finding bugs and errors in the software. So that it could be corrected before the product is released to the end-users. 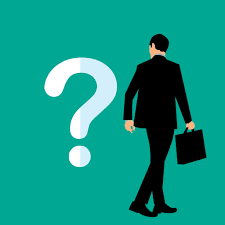 It is the testing of software without peering into its internal structures of working  or we can say without touching the coding part of software. Black-box Testing can be applied to virtually every level of software testing such as:

White-Box Testing can be applied at the :

It is a testing method by which individual units of source code of system sets of computer programs modules. Together with associate with control data, its usage procedures, and operational procedures are tested to determine whether they are fit for use or not. In unit testing, we can view a unit as the smallest testable part of a software. In procedural programming, a unit could be an entire module, also it is more commonly individual functions or Procedures. Unit tests are typically written and run by respective software developers to ensure that the code meets its design and behaves as intended for system

Integration Testing: It is the phase in testing in which individual software modules are combined and testing as a group. Integration testing occurs after unit testing and before validation testing of an application. Testing performed to expose defects in the interactions and interfaces between integrated components or systems.

System Testing: Basically it is the testing of application of hardware conducted on a complex integrated system to evaluate the system’s compliance with its specified requirements. System testing falls within the scope of black-box testing & such should require knowledge of the internal design of the code or logic itself.
This testing method is performed o the entire system in the context of a functional requirement Specifications (FRS) or a System Requirement Specifications (SRS).

In system testing we will test the following components:

Performance Testing: In Software Engineering  & performance testing is in general, a testing practise performed to determine how a system performs in the term of responsiveness and stability under a particular workload. Also, it can serve to investigate, validate or verify, measure other quality attributes of the system, such as scalability, reliability and resource usage.
In performance testing following units are tested:
Load Testing, Soak Testing and Stress Testing is the type of performance testing.

Hello, it's me Santosh Adhikari, from Kathmandu, Nepal. I'm a student of Science and Technology. I love new challenges and want to explore more on Software Quality Assurance. I want to be a professional SQA. I'm also interested in Blogging, SEO activities.

Could these alternative SEO techniques be key to ranking successfully in 2023?

Join our Newsletter list to get exciting updates and giveaways!!